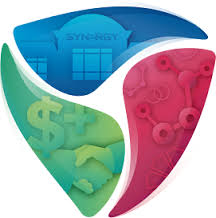 Just over a week ago my son sent me a link to a rather amusing video by Ben Coomber. In response, I wrote the following message to Simon, you can watch Ben’s part 1 video at the end of this post and draw your own conclusions.

We need a “VERY” strong story to take to these guys, slating companies isn’t something I like, saying it is one thing; going on public record is another. Nonetheless they are doing it we can jump on it and use it why? Because I agree with them and they make very good points.

They will also have good reasons for using these tactics and from what I can see about them they are opposed to anything that uses chemicals and is based on subjective testimonials and that’s why I agree with them. Too many people have been conned by “hype and shyte” and it’s about time someone put an end to it.
Where we may fall over with them is that ProArgi9 has a very small amount of sucralose in it which in itself isn’t a chemical and will be replaced soon with Stevia. Also it has silicon dioxide in it which many powder based drinks have as it helps absorb water. Breathing in silicon dioxide over long periods isn’t good for you but we don’t inhale the powder, well I don’t lol. However, according to sources, drinking it in water, over time, can reduce dementia. As far as I’m aware the other two V3 products have no chemicals in them whatsoever.

That said where all of the guys are guilty, Toby included, is that they make money training people and they have no indication to what the biological clock is doing inside the people they are training. Hence pulse wave devices are emerging and being piloted in many private medical centres in the UK right now. Some devices have been around a long time now but sadly, in 60% of fatal heart attacks, the victims had normal BP and Normal Cholesterol. Remember Cholesterol isn’t the only contributor to Heart Disease; it’s a combination of risk factors and if Professor Bryan Williams is right then the key indicator of risk is Central Aortic Systolic Pressure (CASP) which both BPro and Arteriograph can measure but at a cost but cheaper than an angiogram costs the taxpayer and less risky.
My bet would be, and it can only be a bet, is that many people under 75 years of age who suffer heart attacks or strokes fatal or not could have done something about it had they know what there CASP was.
Cardiac Risk in the Young (CRY) a charity based here in the UK offer free ECG’s to young people in the hope that they can reduce the number of deaths from people participating in sport. CRY target the 15-35 year olds! BUT you know first-hand Simon that I had many ECG’s over the years and two stress tests carried out in Cardio Units in Scotland and none of these tests revealed that I had three (3) blocked arteries two at 95% and the other at 55%. So what good is offering free ECG’s?? I had a heart attack and ended up with Triple Bypass Surgery all before my 47th Birthday. I wish I had known about ProArgi9 then!

The fitness guys who oppose supplementation & there’s not many of them, will argue that with the right diet and fitness regimen, you will reduce the risk of cardio vascular disease (CVD) and they’re correct. In fact if you follow Joe Cross (Joe The Juicer Fat Sick & Nearly Dead) and other experts including many Doctors, a VEGAN diet and raw juicing can eradicate heart disease all together. (watch Forks over Knives)
The supplement industry exists because 95% of the population who care about their health, many don’t, will not go VEGAN or juice Raw Vegetables every day for the rest of their lives. However the majority of people making money from the fitness industry, body builders included are using and making a lot of money from the supplements they recommend and most of them will not have a clue what’s actually in them and sadly many don’t care. However, one thing I will say about Body Builders, which was confirmed by Tim Ferriss in his book, The Four Hour Body, they know much more about Diet and Nutrition than most GP’s and that’s not just here in the UK.

So as a result of all this in comes an emerging trillion dollar industry. The currently $800billion health and wellness industry & growing creates opportunities for the Herbal Life’s, Forever Living and Slimming Companies of this world. Many of these companies sell “the next big thing” and are being taken seriously for all the wrong reasons. There’s no doubting that their products and tactics may work for some people but for most it’s a short term fix. They throw millions of dollars to back up inferior products and use TV advertising and sponsor the likes of LA Galaxy with Mr Beckham to give them credibility or use other TV celebs to hock their crap upon an unsuspecting and “all to ready to believe but ignorant public”. For me all that Herbal Life have done was confirm that Network Marketing as a business model was not the big scam that everyone appears to think it is after all it wasn’t just LA Galaxy that endorsed them, Barcelona, Real Madrid and Valencia did too and they won’t side with anything that’s a scam or a pyramid. These clubs, like many, have enough on their plates dealing with Football Agents and the odd player who fancies a punt on Betfair. Oh and btw Branson has used Network Marketing in his empire and Sugar has endorsed it many times.

More to the point, we have a massive advantage over most of them if not all of them!

Each LOT of every raw material is tested by us for 3 key areas;

Nature’s Sunshine (NATR) own Synergy who distributes these products on their behalf. NATR are on the NASDAQ and by law cannot make any false claims.

Phytolife is based on a Nobel Prize; Mistify has wiped the floor with all the other ACAI berry drinks on the planet which was confirmed after an independent study in the very same labs as used by the FDA and as you also now know Mistify has had amazing results with cancer patients undergoing chemo therapy in Ireland and Scandinavia.

ProArgi9 has already saved thousands of people from a possible early death and again is based on the Nobel Prize for medicine in 1998, “the best kept secret in the medical world today”, why?, for Big Pharma there’s no money in preventing people from getting sick.
To prove it worked a study was carried out on 35 “high risk of death patients” many needing heart transplants to survive. This study was carried out under the supervision of a leading cardiologist at a prestigious heart transplant clinic and after just 90 days using ProArgi9 not a single patient needed a heart transplant. The headline results are available, not many will take the time to read the all 7,000 points of scientific data recorded during the three months. You yourself heard first hand, last November in London, the Clinical Director from the study describe in detail what happened during the study and why. So for me, the benefit of taking ProArgi9 outweigh the concern that a minority may have over a small amount of sucralose & silicon dioxide. I’d rather have my clean and healthy arteries.

Together all three products work synergistically to help support the 10 bodily systems and help maintain health. They don’t cure but the results we have had with type 2 diabetics, heart patients and people suffering from other chronic illnesses has been nothing short of outstanding. We are also studying the effect these products can have with athletes and general fitness levels.

Not much else I can say other than “pay for your health today or your illness later, your choice”. 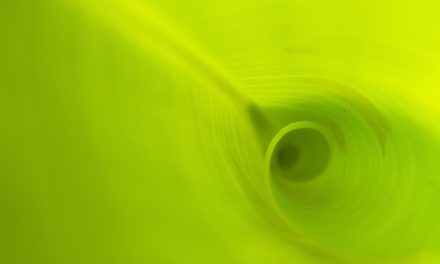 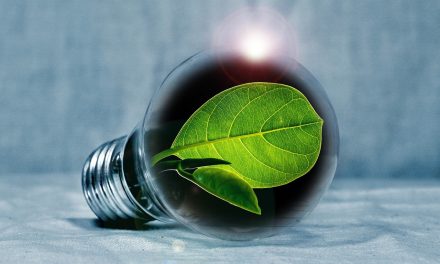